While it might seem like hybrid vehicles are all the rage now, Toyota's dedication to fuel efficiency and environmental sustainability dates back to 1997 when it launched the world's first mass market hybrid--the Prius. Today, the Prius continues to dominate its class and provide value, technology, fuel efficiency, and safety to its drivers.

However, many competitors have upped the ante in the hybrid class, including other Toyota hybrid models. However, an outside rival is the Hyundai Ioniq, another extremely fuel efficient and stylish hybrid sedan. 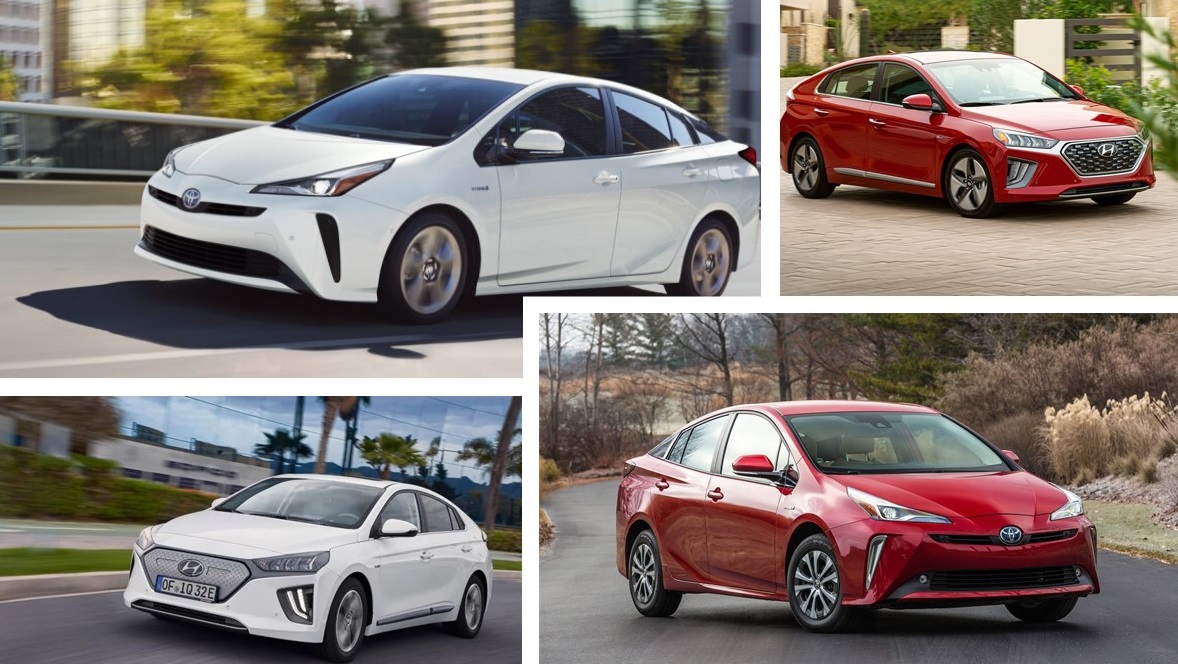 Hyundai did not make any significant changes to the Ioniq hybrid sedan for the 2021 model year.

The Toyota Prius has always been interesting to look at, and its exterior styling allows it to make an entrance wherever it goes. While not quite as futuristic as it once was, the 2021 Prius still features unique styling with a shorter front-end with narrow grille and the iconic hatchback design.

The Hyundai Ioniq looks like a regular sedan, which could be a good or bad thing. It features sleek styling and the classic Hyundai grille design; however, it does not really stand out from the crowd.

Ask the Seller for a CARFAX Canada Report

What is a CARFAX Canada report?

What does CARFAX Canada tell you?

Why ask for a CARFAX Canada report?

By clicking “Send Email to Seller”, you agree to our terms of use and privacy policy. Your message will be emailed to the poster and not made public.

The interior of the Toyota Prius remains unique among hybrid sedans, with centre-mounted information gauges that leave the windshield wide open to keep a driver's eyes on the road. In addition, the Prius's hatchback design provides plenty of space for both passengers and cargo.

Just like its exterior, the Hyundai Ioniq's interior looks like a regular sedan. It features a classic dashboard and infotainment system layout with a centre gear shifter. While other hybrids, including the Prius, offer a more modern and futuristic cabin environment, the Ioniq offers nothing unique or out of the ordinary.

Toyota provides its package of safety technologies on every model of the Prius, earning it a five-star rating from the National Highway Traffic Safety Administration (NHTSA). The Ioniq provides similar technologies and was named a Top Safety Pick by the Insurance Institute for Highway Safety (IIHS).

In the end, the Toyota Prius is a great choice for drivers in Salmon Arm, BC. It offers more safety and technology features than the Ioniq, and Toyota has decades of hybrid experience. For those who want a unique hybrid that is instantly recognizable, head to Hilltop Toyota and test drive the new Prius today.